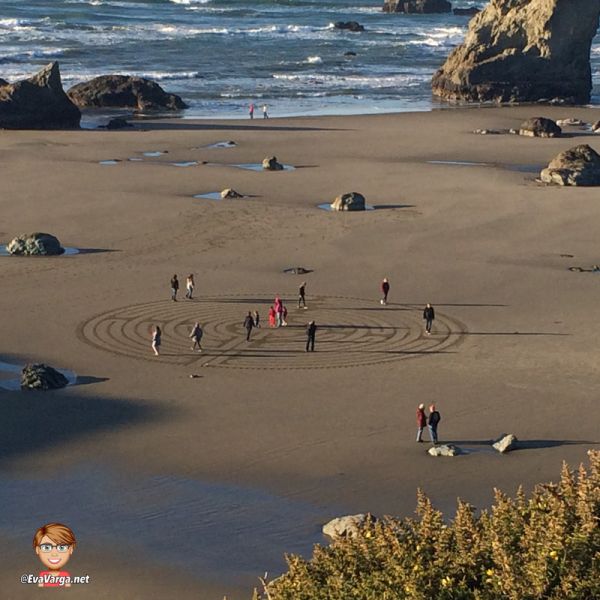 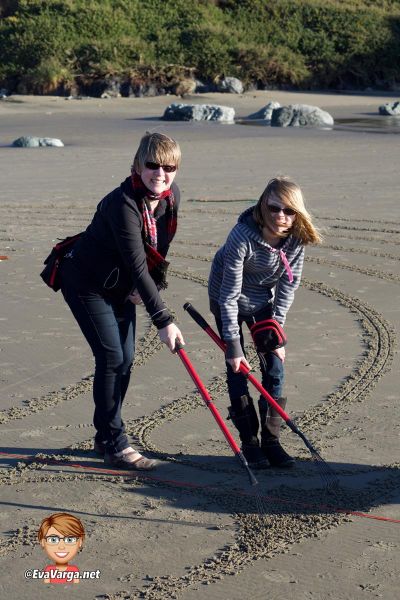 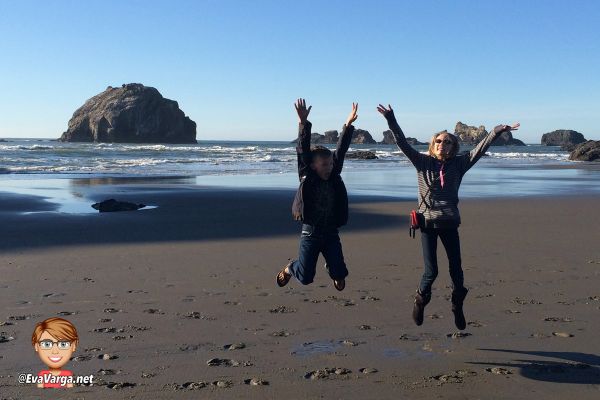 Native Americans had been gathering cranberries for food, as a dye for blankets, and for medicine long before the first European settlers arrived.  After their arrival in New England, colonists also discovered cranberries and soon thereafter, on sailing ships and in logging camps, cranberries were eaten to ward off scurvy and by the middle of the 19th century, they were being grown on both sides of the continent.

I grew up in a small town on the Oregon coast – where fishing, farming, and logging were prominent.  One of the largest agricultural products harvested in the area were cranberries.  Many of my friends’ families owned bogs and we looked forward to the annual Cranberry Festival each September when we would celebrate the annual harvest season.  A couple years ago, I was delighted to share this experience with my own children as we took a field trip to a bog to see the harvesting of cranberries first hand, Sweet, Tart Cranberries.

The Harvesting of Cranberries

Sadly, we were not able to go this year.  In consolation, we again enjoyed the book, Cranberries by William Jaspershohn.  Though the book focuses on the bogs of Massachusetts, the author does an excellent job of describing the varying harvest methods – wet and dry.  Another title for youth, though one I am not familiar, is Cranberries: Fruit of the Bogs

As cranberries are harvested in autumn, it is not surprising that they are commonly found on one’s Thanksgiving table.  In our home, we enjoy cooking the tart berries a variety of recipes year round. One of our favorites is Lingonberry Cake – a small, tart berry native to Norway that is similar to cranberry.

Preheat the oven to 200 degrees C (400 degrees F). Combine flour, sugar, and baking powder then cut in the butter with pastry blender. Add the egg and mix well. Spread into a greased 20×30 (8×12″) pan. Spread the preserves over the batter. Bake 25-30 minutes, until golden. Cool in the pan.

I feel it is important for children to understand where our food comes from. Having an understanding of food production and harvesting is important – particularly now with the controversy of GMOs. I encourage you to provide opportunities for your kids to discover the agricultural products in your local area.

Enjoy, but first, here is the Norwegian Table Prayer. 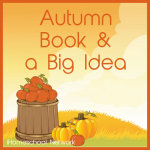 This post is part of the Autumn Book & a Big Idea link-up at iHomeschool Network.

Growing up in Bandon, Oregon, I have many fond memories of walking down to the cheese factory with my brothers to sample the cheese curds.  Often, we would walk home with a giant scoop of delicious Umpqua Dairy ice cream dripping down the sides of the cone. One of the most memorable field trips I enjoyed as a student at Ocean Crest Elementary was to the cheese factory where we had a behind the scenes introduction to the science of cheese making.

Over the years, we have returned to Bandon often and the vacant lot in the center of town was more than a mere eyesore, it had been a bitter reminder of a loss the city and its former residents have continued to mourn.  The cheese factory, of course, was gone. It had been for years. Cheesemaking had been a tradition. It was history. In addition to cranberries, it was part of what Bandon was. 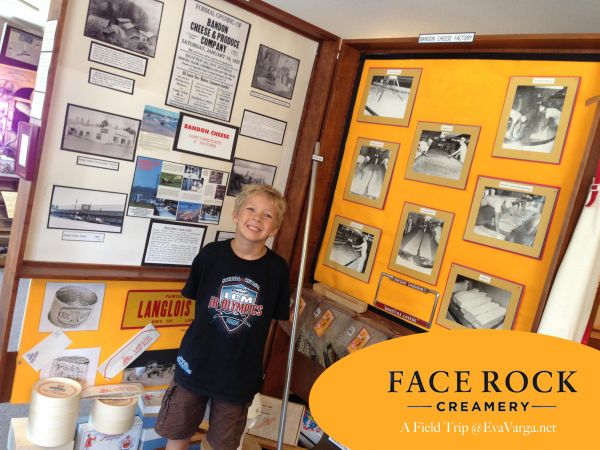 In July, we visited the Bandon Historical Museum with my dad and according to a display in the museum, cheese making began in the area around 1880.  Swiss immigrants Fred and Ida Moser, opened their factory on the North Fork of the Coquille River in 1895 and by early 1900s as many 15 cheese factories operated in the Coquille Valley.  Bandon was incorporated in 1891.

In 1927, the original Bandon Cheese & Produce factory was founded. And so it went for more than seven decades. Then, in 2000, the Tillamook Cooperative Creamery bought the Bandon Cheese Factory and retail shop. Three years later, they closed the factory and one year after that the store was also gone. They demolished the building in 2005.

On May 8 of this year, the Bandon Chamber of Commerce held a ribbon cutting ceremony for Face Rock Creamery, welcoming the return of a cheese factory right on the spot where the old factory once thrived.  Owner Greg Drobot even lured renowned cheesemaker Brad Sinko home from Seattle where he helped launch Beecher’s Handmade Cheese. Sinko knew more than a little about Bandon cheese. His father was the former owner of the factory.

“I learned at the Bandon Cheese Factory,” said Sinko, who last year won the American Cheese Society’s Best of Show and in 2007 won best cheddar in the U.S. “I got taught the routine. I didn’t like it at first. But it turned out I have a knack for it.” 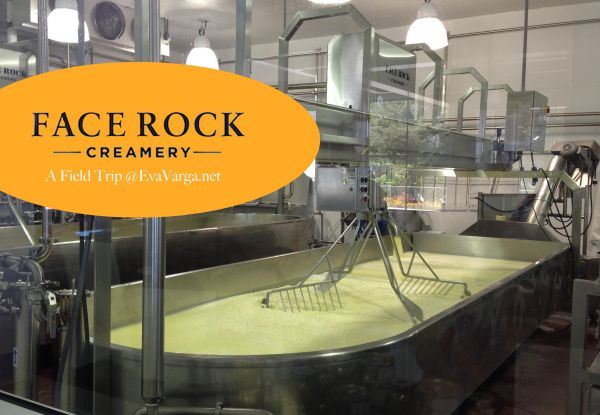 During our July visit, we were fortunate to have the opportunity to watch the cheese curds being made and we were given a short tutorial.  There are several steps that are needed in order to make cheese curds. The first step is getting a good load of quality milk. It takes about 10 pounds of milk to make 1 pound of cheese. After the milk is put into the vat, a coagulant is added. This is a milk-clotting enzyme that helps turn the milk into solid pieces of cheese.

You can try this at home too if you have access to quality, un-pastuerized milk from a local dairy.

After the coagulant is added, and cheese curds are formed, the cutting process begins. This process separates the liquid (the whey) and the curds from one another. Once the cutting is done, there is a stirring and heating process in the vat. The curd and the whey are stirred by a big stainless steal arm while being heated to a desired temperature in the vat. After this process, the whey is drained living the curd behind. Finally the curd is ready to eat! 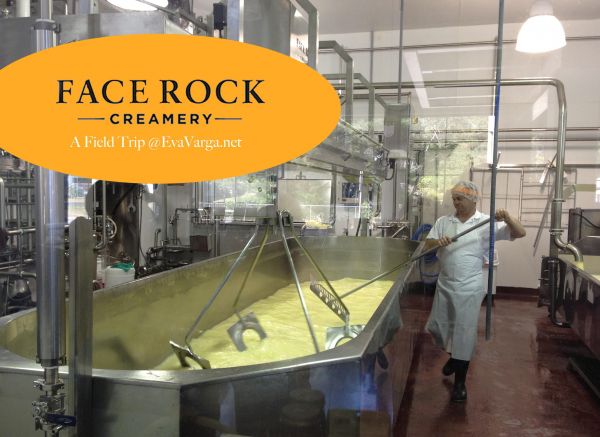 Vampire Slayer curds and cheese are some of the most popular items at the creamery. Sinko won’t list all the ingredients — trade secret — but did say the recipe is all-natural, uses lots of garlic, parsley and other herbs with no added salt.

Face Rock Creamery curds, including classic unflavored, jalapeño and garlic; plus fromage blanc, In Your Face Rock Cheddar, garlic cheddar and Monterey Jack will be available. The retail store also features a selection of Oregon-made artisan cheese and wine.  And of course, Umpqua Dairy ice cream by the scoop.