Soil is the part of the ground where plants grow. Soil is a mixture of tiny particles of rock and rotting plant and animal material, with water and air between them. Soils help plants grow in two ways. First, soil holds the plants into place. Second, soil contains nutrients that plants need in order to survive. These nutrients include water, phosphorous, nitrogen, and potassium.

Over the course of the next few weeks, STEM Club will be investigating soil ecology as a part of the Year of Soils. I’ve shared a few of our past endeavors relating to soils here: 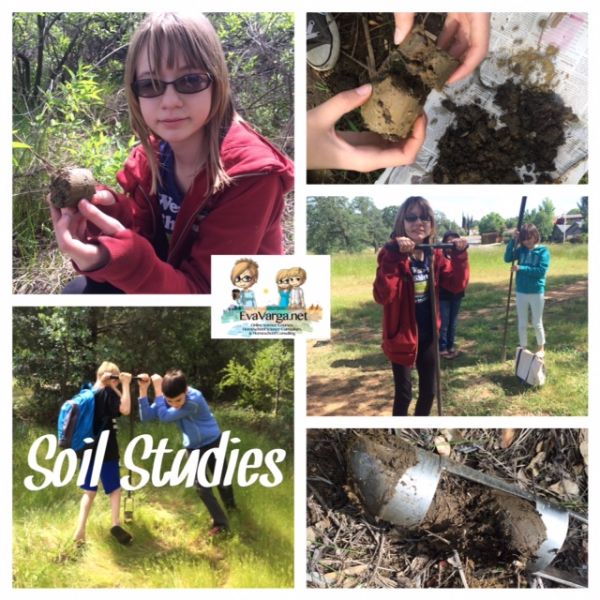 Today, I share a lesson on soil horizons and particle size.

Soil particles vary greatly in size. The largest particles settle to the bottom first. The fine particles settle slowly; some are suspended indefinitely. The amount of open space between the particles has much to do with how easily water moves through the soil. This also determines how much water the soil will hold, which has a major effect on the type of plants that can grow in the soil. 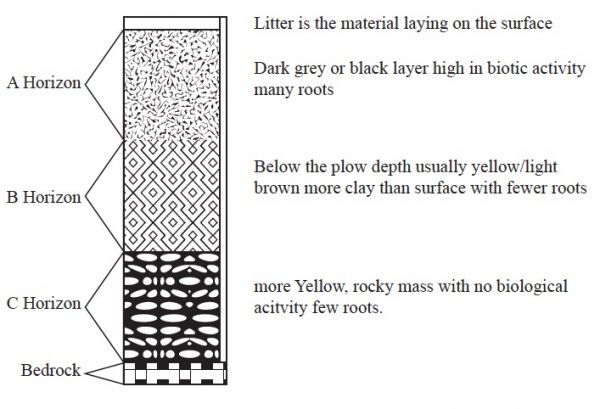 Things to look for in soil are color, texture, structure, depth, and pH. A general soil profile is made up of a litter layer, A horizon, B horizon and C horizon. A soil sampling device (pictured in the collage above) allows you to gather data on the soil makeup on any site.

Soil scientists classify soil particles into sand, silt, and clay. Scientists use these three components and the calculated percentages on the texture triangle to determine the textural class of the soil at a given site.

A soil’s texture depends on the size of its particles and living things depend on the right texture to thrive in the soil. Every soil type is a mixture of sand (2mm – 0.05mm; feels gritty), silt (0.05 – 0.002mm; feels like flour), clay (Smaller than 0.002; feels sticky when wet), and organic matter. Squeeze some soil between your fingers. Is it crumbly? Sticky? 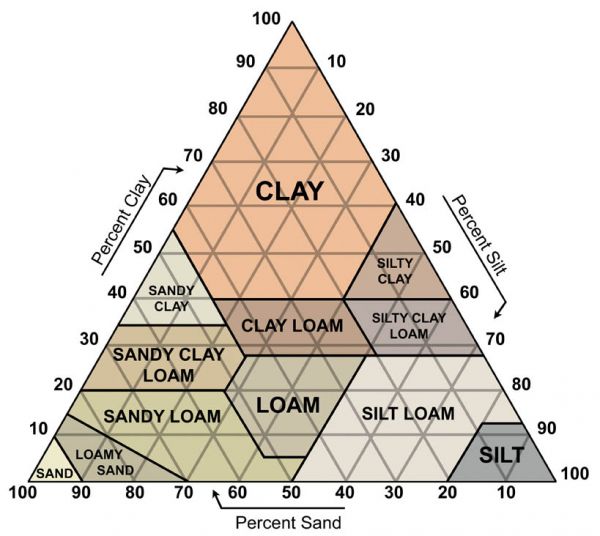 One of the best activities to engage kids in the study of soil ecology is the sample the soils around your home or school yard. Begin by asking the following questions:

1.  Are there different types of soil near your home?

2.  What texture class is this soil?

3.  What is the particle size make-up of this soil?

The answers generated prior to the investigation are part of your hypothesis. Record your ideas in your science notebook before you begin and give reasons. Why do you suppose the soil in your yard is predominately sand? What experience or prior knowledge do you have to help you make this statement? 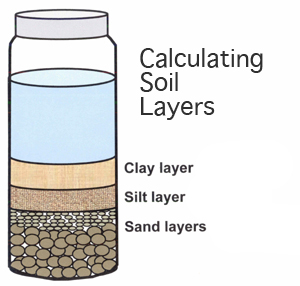