I love invertebrates!  I spent a summer at the Oregon Institute of Marine Biology some years ago immersing myself in invertebrate zoology and I learned so much.  I am now teaching STEM Club about inverts but sadly only have two weeks in which to impart as much as I can. 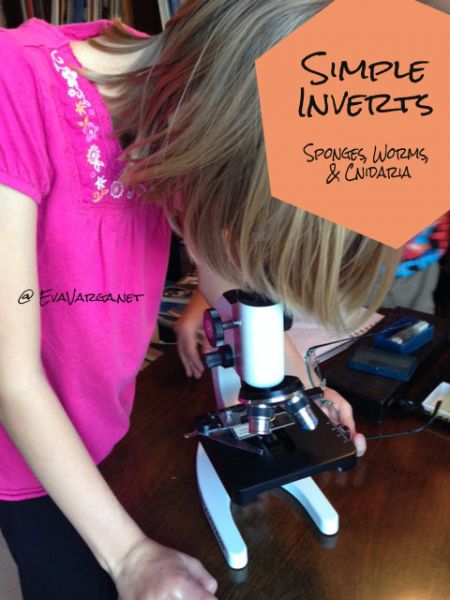 To begin, there are several vocabulary words regarding symmetry (the form or the arrangement of  an animal’s body) that need to be defined: 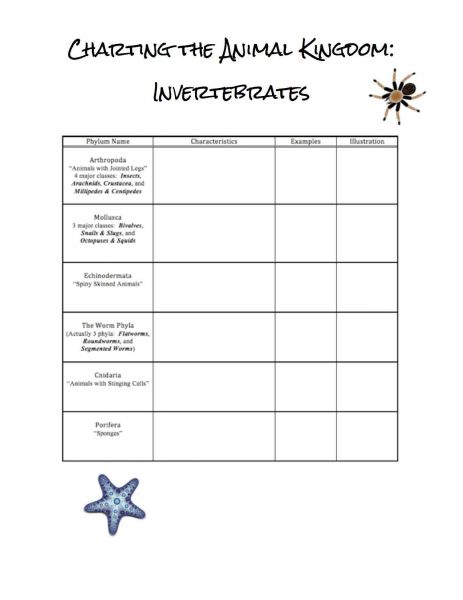 Once we had a basic understanding of these terms, we proceeded to complete a chart identifying the invertebrate groups, Charting the Animal Kingdom: The Invertebrates.  As I described the key characteristics for each group of invertebrates, the kids were instructed to fill out their chart. In addition, they were encouraged to list a few representative examples and to make a quick illustration for each.

Upon completing the sections for sponges, I handed out a number of sponge specimens from my Cabinet of Curiosities. As they observed the sample closely, I discussed how the flagella work to bring water and food into the body cavity.  I also shared diagrams of the tiny spicules.

To engage the kids and bring these concepts to life, I brought in live earthworms that they observed and sketched in their notebooks.  In addition, I had a microscope set up with an earthworm cross-section and a planarian.  When their illustrations were complete, I walked them through the labeling of the major parts we observed.

As Cnidaria have soft bodies, they don’t preserve well (except in fluids like Formaldehyde – which I do not have in my Cabinet of Curiosities).   I thereby passed around the calcareous or limestone remains of a variety of coral samples I have collected over the years.  As they observed the sample, I explained that a coral “head” is a colony of myriad genetically identical polyps. Each polyp is typically only a few millimeters in diameter and a few centimeters in length. A set of tentacles surround a central mouth opening and an exoskeleton is excreted near the base. Over many generations, the colony thus creates a large skeleton or ‘house’ that is characteristic of the species.  I also shared numerous photos of live coral that I have pulled from numerous magazines. 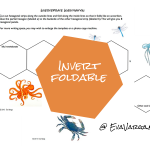 In addition to the chart shown above, I’ve created a hexagonal accordion fold mini-book with which the kids can investigate an invertebrate of their choice. The download link for both the Invertebrate Investigation foldable (shown here) and Charting the Animal Kingdom: The Invertebrates notebooking pages (shown above) are available to my newsletter subscribers. Please subscribe to my newsletter for access to these exclusive subscriber only resources.

These free printables are wonderful additions to the Amazing Animals curriculum unit I have written to introduce middle level students to zoology.  This 10-week unit is full of inquiry-based activities and lesson plans fully outlined for you.