This post has been a long time coming. Knowing that had an owl study was part of the Summer Outdoor Hour Challenges … I put some effort into obtaining owl pellets in advance as well as seeking out some unique opportunities locally.  Fortunately, my efforts were rewarded and everything came together last week. 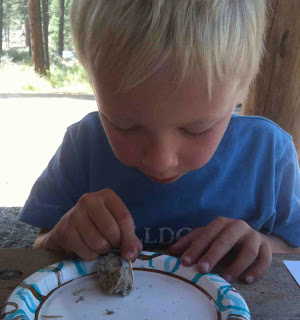 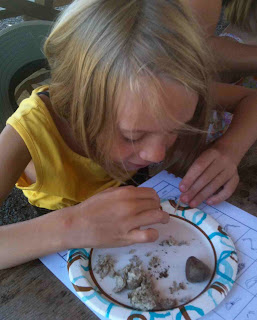 On Monday, we met with our Roots & Shoots Club and investigated the owl pellets. As the kids worked, I discussed the role that owls and other raptors play in the food chain.  They kids used toothpicks to carefully remove the fur and to separate the skeletal remains into similar piles.  At first, a few were a little hesitant but once we got underway, the “icky-ness” factor diminished.

The kids drew pictures in their journals of owls and the following day, we tallied all the bones that we we had found in the multiple pellets we had dissected.

Jaws 28
Indiv. Teeth 5
Hip Bones 15
Skull Fragments 6
Leg or Arm Bones 70
Vertebrate 30
Ribs 43
On Friday, we gathered at the local nature center for an evening Owl Prowl.  Unfortunately, there was large number of participants and the mosquitoes were exceptionally bad – so we didn’t actually walk about much in search of owls as I had hoped.  We did get a chance to see wildlife, however … 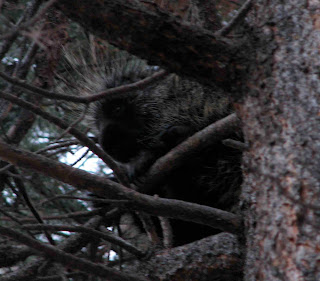 Who Am I?
We observed this little guy for a while and then proceeded back to the center whereby the naturalist gave a short talk about owls and brought out one of their resident Great Horned Owls.  She stated that this was her first talk on her own – I think she did a remarkable job.  She was very knowledgeable and interacted well with the visitors. 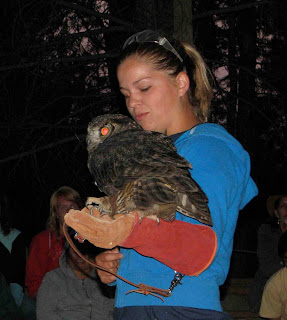 She had many of the same props that I had used when I used to interpret Birds of Prey at the museum.  The owl skull was the most impressive to the kiddos as it shows how large their eyes are … in fact, I understand that if owls were as large as we are (a grown adult), their eyes would be as large as a softball. 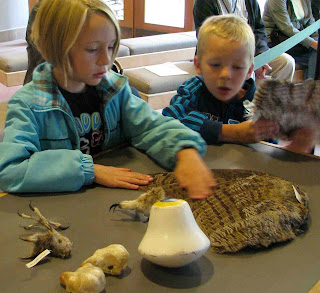 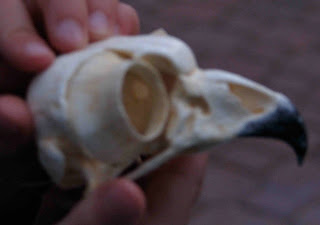 (sorry for the poor picture quality)
In honor of the year I spent as a Bird of Prey interpreter … I thought I would also post a couple of pictures of the owls that I got to know personally. 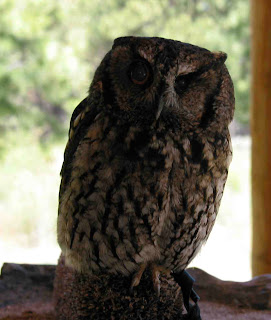 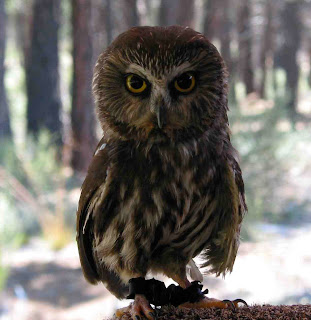