Orienteering is an exciting adventure sport that will get your kids running – and provides lots of great learning opportunities for homeschooling.  The sport originated in Sweden during the 19th century as navigation and fitness training for the military. After the first public competition in 1897 in Norway, the sport spread to Finland and Sweden. By the middle of the century, orienteering became a recognized sport throughout Europe, and the International Orienteering Federation was established in May 1961. 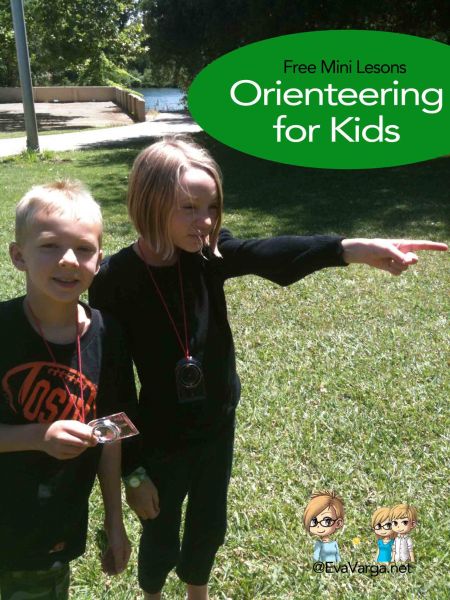 As well as learning to recognise some topographical map symbols, your children will learn to use a compass and to gauge distances with more accuracy.  Orienteering is a sport that involves a race marked out on a map. In following the course map, the runners have to find a number of checkpoints. The person who finds all the checkpoints, in the right order, in the shortest time, is the winner.

I recently introduced Orienteering to my Barnesklubb in a simplified orienteering course. Essentially, I set up a course with seven checkpoints beneath the trees at a local beach, marking each with a small flag.  Next to each checkpoint I placed a rubber stamp and an ink pad.   I wrote down the coordinates to navigate from one checkpoint to the next so that the first and last checkpoints were the same (we thereby finished at the same location where we started).

The kids were given a brief introduction to using a compass – most had used one previously, but several had no prior experience.  I thereby accompanied them along the course until they felt comfortable on their own.  Each pair of students was then given a card on which the coordinates were written.  As they moved through the course together, they used the rubber stamp and ink pad to record the checkpoints. 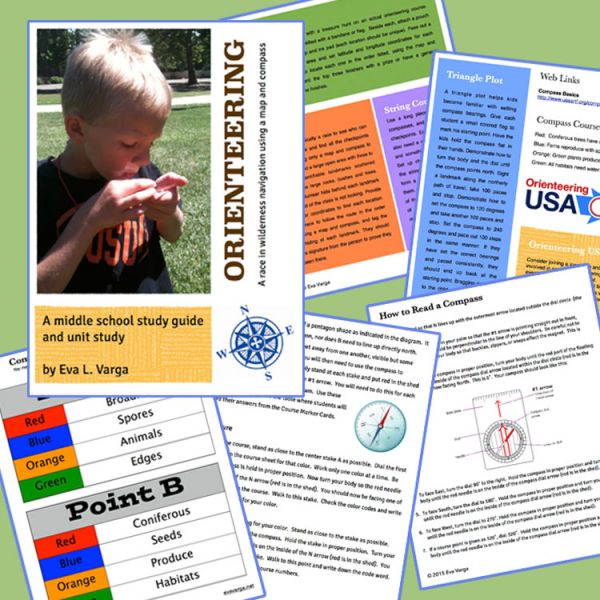 The Introduction to Orienteering activity is available now in my store and includes the course marker cards and detailed instructions on how to set up this course for yourself. Conveniently priced at just $2.95, you’ll be ready to introduce your kids to this lifetime sport. In addition to the Compass Course activity described above, it includes several additional enrichment activities to further encourage navigational skills.

If you are already familiar with how to use a compass and have had some experience with Orienteering, I have also created a FREE printable Orienteering guide that you may use to enrich your compass repertoire.  For more information, you may wish to to seek out clubs in your local area.