Winter is finally upon us and snow is swirling everywhere. Over the past couple of weeks, my VIPKID students have been sharing photos of the snowmen they have built and I have lamented that we have nothing but rain here on the Oregon coast. On President’s Day, however, we woke up to a light dusting of snow and intermittent snowfall throughout the day. What fun!

It’s been a while since my last nature quiz — and the new snow has brought inspiration. Here are five of the photos showing evidence of wildlife action in the depth of winter (albeit not all in the snow). Can you identify the wildlife represented here? 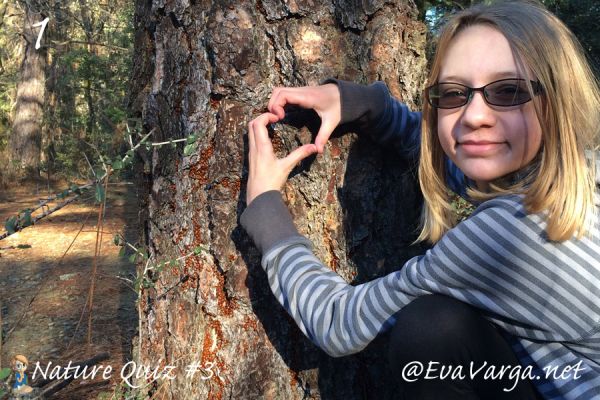 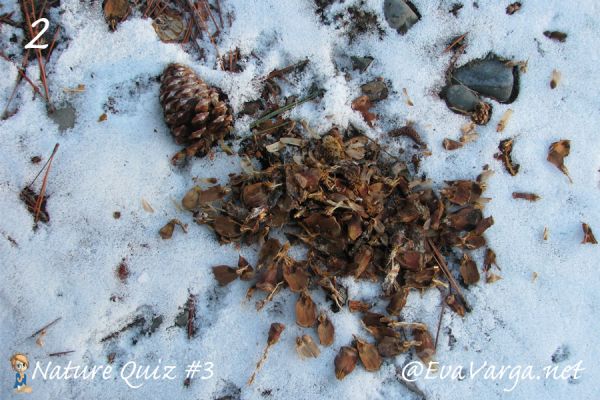 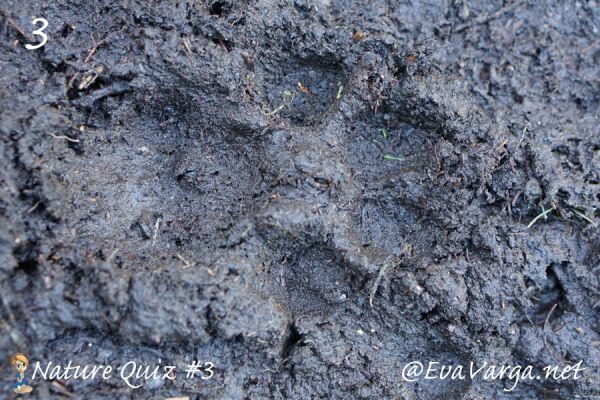 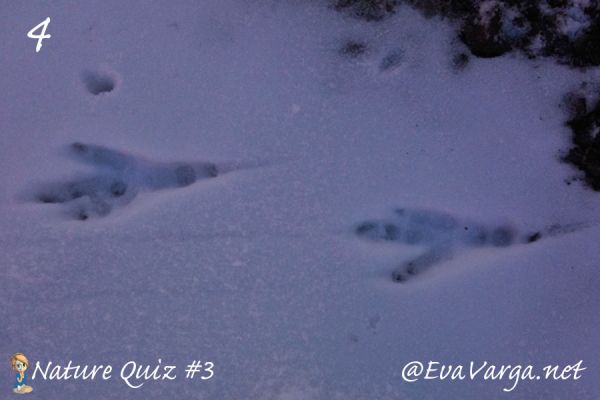 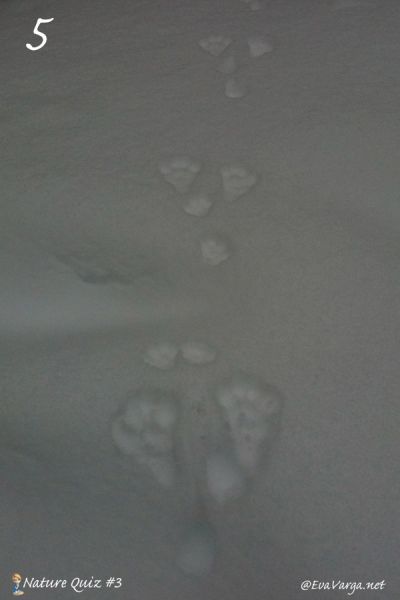 1. When we lived in Redding, one of our most anticipated nature outings was our annual ladybug hike. It was always fascinating to see the ladybugs hibernating – hundreds of thousands of ladybugs all gathered in one place. Ladybirds hibernate through the winter as adult insects. Different species will usually hibernate in different places; some shelter under tree bark, others sleep under leaf litter, etc. Have you oberseved ladybugs hibernating in a similar fashion? Some will even gather around window crevices, buildling siding, and wooden structures. 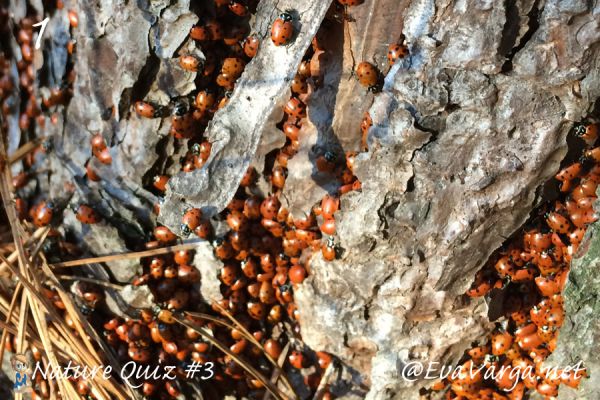 Close up image of the laybugs in the bark crevices of a Ponderosa Pine (Pinus ponderosa).

2. The cone of a Pinus ponderosa that has been broken apart by a squirrel for the nuts. Most recently, my daughter has given the art of taxidermy a try. A squirrel was her first specimen – results have not yet been reported.

3. Pictured here is a cougar (Puma concolor) track in the mud. Native to Oregon, cougars range throughout the state, the highest densities occur in the Blue Mountains in the northeastern part of the state and in the southwestern Cascade Mountains. This photo was taken in the coastal range while we were hanging buckets for sugaring time. Cougars are territorial animals and maintain home ranges of up to 100 miles. Most active at dawn and dusk, cougars are lone hunters. They are generally solitary animals, except for mothers who remain with kittens for about two years.

Learn more about The Science of Sugaring (tapping maple trees to collect the sap to make maple syrup).

4. There were no other nearby tracks so I am not certain, but I believe these bird tracks may be eagle simply due to their size. What do you think? When we lived in Redding, we loved to watch the resident eagles near the Sundial Bridge. The bald eagle (Haliaeetus leucocephalus), our national bird, is the only eagle unique to North America. It’s scientific name signifies a sea (halo) eagle (aeetos) with a white (leukos) head. At one time, the word “bald” meant “white,” not hairless. Bald eagles are found throughout most of North America, from Alaska and Canada to northern Mexico – with about half living in Alaska. The northwest coast is by far their greatest stronghold for bald eagles. They flourish here in part because of the salmon. Dead or dying fish are an important food source for all bald eagles.

Read my earlier post on Exploring Animal Tracks and learn how to use tracks to tell a story. Make animal track stencils and get out fabric paints to decorate t-shirts.

5. Did you guess rabbit? Six species of rabbit like mammals (these include, rabbits, pikas, and hares) can be found in various habitats throughout central Oregon where this photograph was taken. These small mammals feed primarily on grasses and forbs, have at least two litters per year, and are usually found where there are good amounts of concealing cover available. The shrubs under which they take cover are an important food source and conversely, they serve as the primary prey for many carnivores.