As much as I love adventure and trying new things, I have to agree with Jaime, “Moving stinks, y’all.” It is time consuming and chaotic – full of small trials and frustrations.

We found out we were moving in June. After numerous trips “back home” namely to secure housing, we packed a few things and moved in with my in-laws the first week of August. To make a long story short, we had made an offer on a short-sale home in June and yet didn’t close and receive the keys to our new home until the first week of October.

We were obligated to pay rent for the full month of October as outlined in the rental agreement we signed. We thereby decided to use the time to paint the interior and repair a few things before we made the physical move.

Our moving process has therefore been drawn out and prolonged longer than I had anticipated upon submitting our offer. As we continue to wait as patiently as possible for everything to fall into place, I have been reminiscing about the houses we have called home over the past 20 years.

Patrick and I were married in June of 1995 – just after I graduated from university. In the years since, my husband and I have moved 6 times (3 different cities, 2 different states).

Reflections Upon the Memories We’ve Made in Our Home 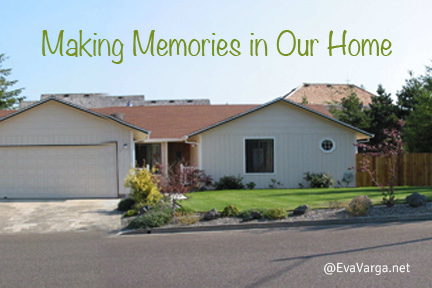 The first home Patrick and I purchased together. I worked in the public schools – first as an elementary science specialist and later as a fifth grade classroom teacher. Patrick was the pharmacy director at the local hospital.

I traveled to Ecuador to study rainforest caterpillars.

We undertook two remodeling projects: creating a rear deck that wrapped around the eastern and southern sides of the house, and extensive landscape improvements to the front yard.

We welcomed our first child, born in September. Every year my father reminds us that it rained on the day she was born, helping to quench the flames of the Biscuit Fire that had been raging in the southern part of the state for weeks.  I thus became a full-time mommy. 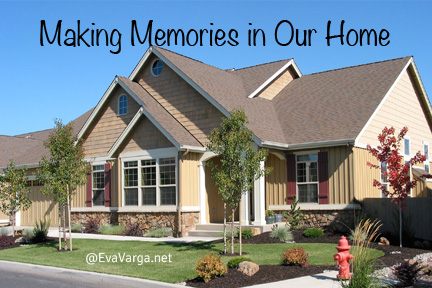 In 2003, Patrick accepted a position at a hospital in Central Oregon where he had an opportunity for growth. We moved to Central Oregon in the fall, just shortly after we celebrated our daughter’s first birthday. A year and a half later, we welcomed our second child.

Patrick was gradually promoted and was eventually the CEO of one of the hospitals in the Cascade Healthcare Community system. 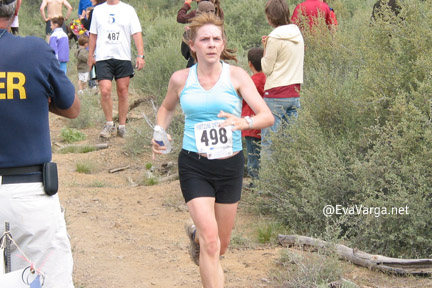 I rediscovered my love for running. I trained for and completed 4 marathons. [ Note to self – I sure miss it and vow to rediscover this joy once again. ]

It was here that we began our homeschool journey. Take a peak at why we initially made the decision and how we began.

We volunteered as living history interpreters, Homeschooling in 1880. We made service learning a priority and volunteered regularly. 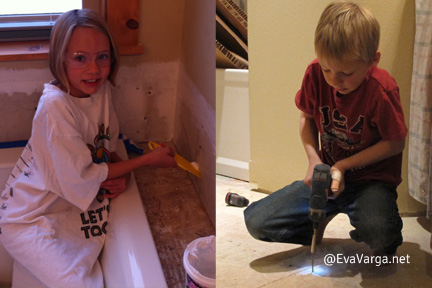 We undertook several remodeling projects: installing a door off the master bedroom for access to a hot tub (future plan), moderate landscape improvements to the front yard, and extensive changes to the fixtures, floor tile, shower, bathtub tile, and counter of the master and hall bathrooms.

We traveled abroad for the first time as a family, visiting my ancestral home in Norway. Read more about our travels in Discovering Scandinavia.

I absolutely LOVED this home. Sadly, we only lived here a couple more months before we uprooted the family and moved to California. The biggest challenge we had encountered as a family. 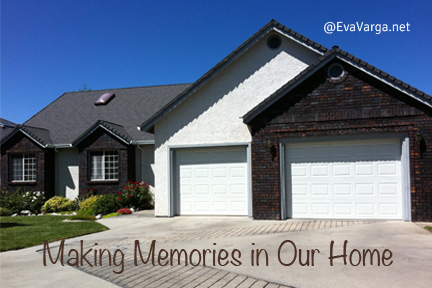 Unsure of the future, we made the decision to rent when we first arrived in California. As the years passed, renting provided more flexibility than we had previously experienced and thus we elected to continue.

Renting enabled us to travel aboard more extensively than I ever imagined: China, Ecuador, Perú, and most recently Italy and Greece.

We spent many summer days at Whiskeytown Lake.

We found letterboxes all over the state. We even spent an entire day letterboxing at Hog Plateau and thereafter enjoyed the annular eclipse.

We started STEM Club and enjoyed learning about a variety of science, technology, engineering, and math activities with other homeschool families. 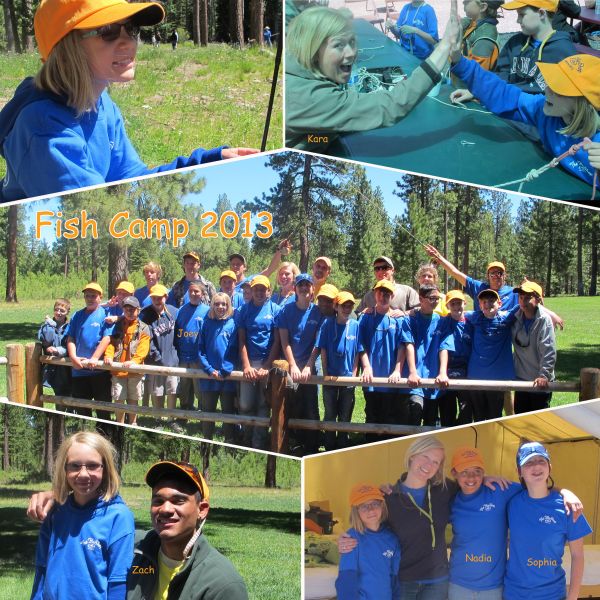 Geneva discovered her love of fly fishing and attended Fish Camp on a merit scholarship.

We immersed ourselves in our Scandinavian heritage and devoted ourselves to promoting Sons of Norway. The kids attended heritage camp twice (they are already looking forward to 2016 and plan to return to the same camp).

We built a family around a shared love for swimming. I haven’t blogged much about our swimming experiences, but like most athletes, we’ve had our ups and downs. You might like my post, I Am NOT a Soccer Mom (or How to Avoid Child Burnout).

We have cultivated a love of music and musicianship in each of our children, Growing a Musician in 3 Easy Steps.

Our son expressed his interest in earning his pilot’s license – a goal we will begin in earnest when he turns 11 and is a little taller.

I believe Jamie says it best and thus I close with a quote from my blogging friend at See Jamie Blog,

Part of me will be sad to say goodbye — but a house is just a shell where the memories happen, and I’m ready to start making memories in a new home.

We now return to the Oregon Coast. I look forward to making memories in our new home.