My kids left for camp last weekend: two weeks in the hills of the Sierras with a group of kids they’ve not ever met, connected only by a shared heritage.

As they packed their bags before we left home, I gave each of them the summer camp journal I had labored so long on creating and showed them where they could write down the addresses of family and friends they could write while at camp.

“We would love to hear from you,” I’d said as I handed them stationery and postage stamps. From the looks they gave me, I knew not to expect very much. They, after all, are children of a digital age, wired to a device as if it were an extension of their body. 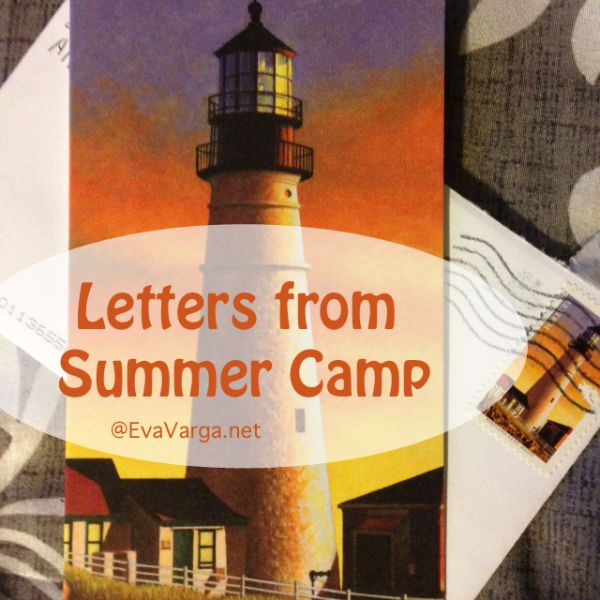 Still, one of the appeals of camp from my perspective is that such devices are forbidden. For two weeks my kids would be unplugged; forced to connect with others on a personal level. Investing their time to learn new skills and gain new experiences. If they want to reach out to us, they are forced to take pen to paper.

Sitting down to write a letter to share their reactions and camp anecdotes is time consuming. How do you communicate in the slower medium of the letter when you are used to constant contact, constant conversation, and immediate feedback?

This is the motivation behind one of my favorite challenges of recent years, 52 Weeks of Mail, in which participants produce a piece of correspondence, typed or handwritten, that is then sent to a friend or family member. The idea is to take a deep breath, to bring communication back to the personal, to establish the sort of informal and direct bond that letter writing has long required.

Of course, writing letters is a two-way process, a correspondence in the truest sense. Sadly, not everyone responds. {After multiple failed attempts, we learned to take a hint.} Though a few did reply, despite our best intentions, our correspondence petered out after a single back-and-forth. With such a low rate of return, it doesn’t take long to lose momentum.

Like many, I thought that technology might revive the art of writing letters, providing us with tools to reach out and connect on multiple levels. Yet this has not happened. As I previously stated, we live in a digital age, in which speed trumps substance, and our ability to keep in touch with each other at all hours, through a variety of media, is more of a burden than a release.

Despite this, I have tried to instill the love for letter writing within my children. My daughter has a pen pal in Canada with whom she has  corresponded with for two years now. My son regularly writes to his grandfather. Through we have yet to reach our goal of writing 52 letters in a calendar year, I can say they write more letters than most children their age.

At camp, I know they will be kept busy. At fish camp a year ago, my daughter didn’t even have time to write in her journal; engaged in activities from sunup to sundown.

When we dropped them off, I reminded them to write if they had the time. They are only there for two weeks. I thereby wasn’t expecting to hear from them.

So when my husband handed me the mail and my daughter’s letter was peaking out between the bank statement and an advertisement for car insurance, I was overjoyed.