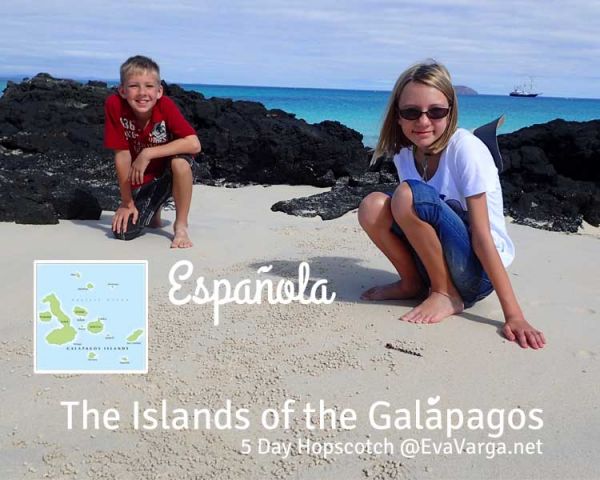 This is the fifth post of a five day hopscotch series. Join me each day this week as I share with you our discoveries in the Galápagos Islands.

The kids and I would agree that Isla Española is our favorite. We spent the entire morning here on our seventh day – walking very slowly as there was so much wildlife to see here, particularly the baby sea lions, Waved Albatross, Nazca boobies, and Blue boobies.

Located in the extreme southeast of the Galápagos archipelago, Isla Española is considered, along with Santa Fe, one of the oldest – and thus the first to which animals arrived. The climate is very dry, like most of the archipelago, but due to the flatness of the island, it is the driest of these islands, with only a few inches of rain per year. 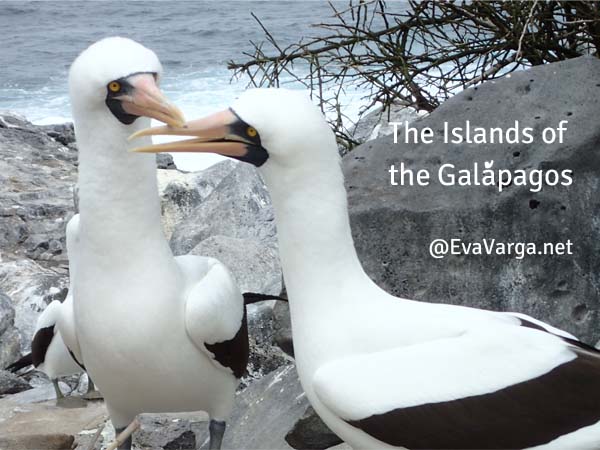 As one of the oldest islands, Española is slowly becoming a rocky, barren land with little or no vegetation giving way to large bays with sand and soft shingle which attracts a number of Galápagos Sea Lions.

Punta Suárez is of particular interest to birders because of its varied bird life. As it is one of the oldest islands, this island has its own endemic species, amongst them the Española Mockingbird which has a longer and more curved beak than the one on the central islands; the Española lava lizard; the Marine Iguana of the subspecies venustissimus, which has red markings on its back; among others. 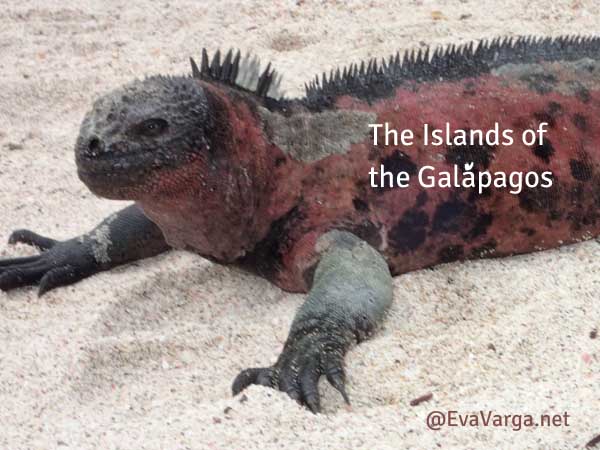 As we walked along the trail on the cliff, we observed a surprise at every bend. We were able to watch a male Nazca booby court a female calling her attention and placing “gifts” of stones and sticks on a nest. We also watched a female Blue booby feeding her chick who was as white as snow and fluffy white.

As we returned to the Evolution later that afternoon, and what I later realized was the last time (for the next day we anchored off at Isla San Cristobal for our departure flight back to Guayaquil), we were captivated by a number of small golden rays that circled the panga and stayed with the ship for sometime after. 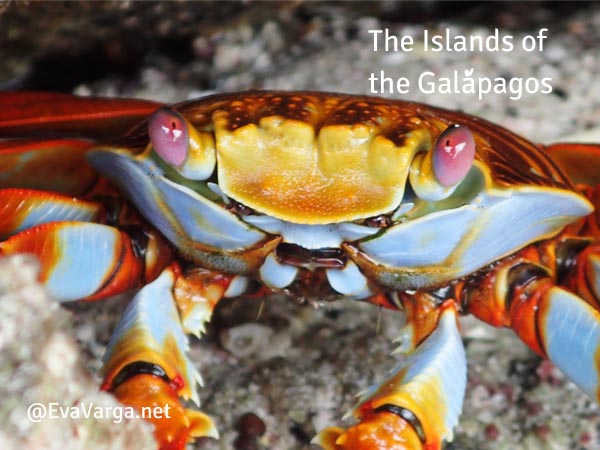