We had an interesting conversation the other night. We were driving home from TKD and I encouraged MeiLi to ask the new girl her name next time. MeiLi then began to ponder aloud, “She seems nice. I wonder if she homeschools. I think she might.”

I inquire why she assumed this and her response was, “Because she is interested in TKD. She looks like a homeschooler.”

“Well Wren, Ella and Valerie don’t look like you, what do you mean?” “

“I don’t know. Homeschoolers are different.”

“What makes you say that? Can you explain.”

“I don’t really know. They just are. I can’t explain it very well. They just seem to know more and talk about other things besides Hannah Montana and that Justin guy, I forget his name.”

“Yeah. Who is that?” I explain and then the conversation resumes.

“Homeschoolers don’t talk about clothes and stuff like that all the time,” MeiLi says.

Then Buddy asks, “Who is Hannah Montana?”

Homeschooling has actually REALLY encouraged me seeing the academic, play, creative, active differences in kids.  When sharing these observations with another homeschool mom, she said that her son had the same revelation.  He had said to her that he was so different from the kids – her initial response was, “Uh-oh!”  But he went on to say his confidence is really high, “I like this kind of different.” 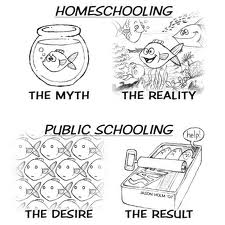 So many kids don’t want to be different. Her kids say, “We don’t really even care that much about video games or what is cool. We just want some friends who talk about something else besides movies, pop music, and video games.”   My two would concur, but they do like video games on occasion as well.

3 comments on “Homeschoolers Are Different”