Throughout life, I suppose, everyone looks for connections with others, a feeling of worth within a community.  For some, this need is met through Greek fraternities and sororities at the university. For others, this need is met through their church or spiritual center.  While attending university, I sought out cultural groups in an effort to discover who I was and where I fit in.  As I was minoring in Spanish, I joined the Latin American Cultural Center – but as I was too timid to speak in Spanish in small groups, I often felt out of place.
When I had submitted a paper for my U.S. History class about Norwegian Americans, my professor had asked if I was familiar with the fraternal organization, Sons of Norway.  To his surprise, I was not. I had come from a small community on the coast where the lodge did not have a presence, despite a large number of Scandinavians.  Upon looking into Sonja Lodge in Eugene (where I was attending school),  I also learned that an aunt and uncle were active members.  I thereby joined the lodge and attended a few social events. 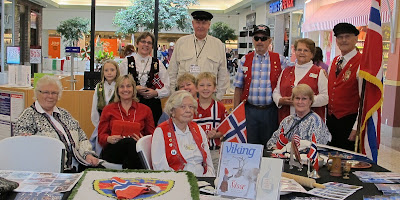 Within a few years however, I sadly let my membership lapse because as a university student paying my own way and thus working 30+ hours a week, my social calendar and my pocket book were both pretty slim.  I had enjoyed receiving the Viking magazines in the mail, however, and often wished that I had had the opportunity growing up to take part in a lodge.
After graduating, I returned to the same community where I had grown up.  I taught in the public school for several years and then welcomed my first child.  Shortly thereafter, we moved to central Oregon where I rediscovered Sons of Norway.   Fjeldheim Lodge is very active in the community and has a strong public presence, taking part in the annual Christmas parade, hosting an annual bake sale, and coordinating Ski for Light programs.  They are also very fortunate to have a broad, multi-generational membership – with an active youth group, engaged adults who were active in the community, as well as numerous retired members.   We joined as a family and immediately felt a sense of family and connection.  I knew this is where we belonged. 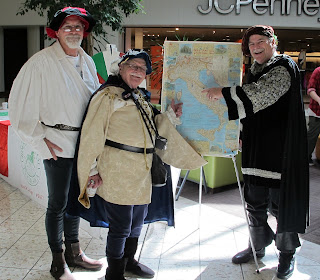 We now belong to Shastafjell Lodge in northern California.  While I still have that same sense of family and the connections with the other members are strong, I realize more than ever the struggles that fraternal organizations are encountering today.  Like many lodges, Shastafjell’s membership is declining and we struggle with filling board positions.  The active members are frankly tired.  They are willing to pass the torch to the next generation.  The problem is, this generation – MY generation – are not involved in the organization.  Why?? Are we too busy? Perhaps we aren’t interested?  Maybe we just aren’t aware?   I really don’t know the answer and as I discuss this with other members and other fraternal organizations, I have come to discover we all have the same concerns and frustrations.
This past weekend, the Sheriff’s Association put on their 17th Annual Multicultural Faire. I coordinated our lodge’s participation in this event and helped to man the booth while also enjoying the entertainment.  The older members of the lodge remember in years past that the mall was lined with booths from a large number of different organizations.  This year, there were only eleven.  The bag pipers were noticeably absent.  The German Edelweiss Singers and Folk Dancers performed but did not have a booth for the first time. 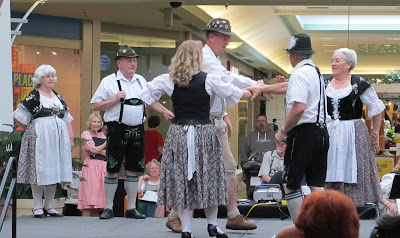 As I looked around at the cultural groups that were taking part in the event and observed the interactions between visitors, a few things became evident.  First, as a society, we are distracted.  The majority of people walked past the booths without making eye contact or smiling.  Many walked with their heads down, intent on whatever was engaging them on their mobile phones.   I realize that we have become immune to salespeople pushing products and trying to sell us something.  In essence, that is what we are trying to do as a fraternal organization.  But what I observed was also a lack of social courtesy and community engagement.  We seem to be scared to talk to people, to hear their story. 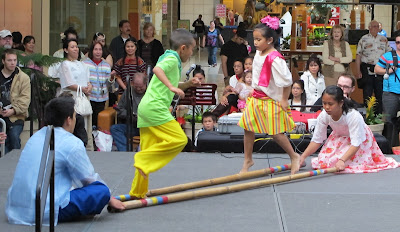 I also observed that the cultural groups from Europe that took part in the faire were represented by the ‘Greatest Generation’ as coined by Tom Brokaw (with the exception of myself and my two children).  The cultural groups and dancers from Asia and Latin America, had participants of all ages.  When immigrants come to a new country, they typically settle in areas where there are similar ethnic groups for support both spiritually and financially.  The groups taking part on Saturday were representative of the immigration trends in the U.S.  Perhaps over time, as successive generations begin to identify themselves more as American, they begin to loose the connection with their ancestral heritage?  Here is an interesting graphic I found to illustrate this.

I am not exactly sure what contributes to what I perceive to be a decline in volunteerism and participation in fraternal organizations.  I know, however, that it is not restricted to cultural groups.  Lions Clubs, The Grange, and Kiwanis groups are experiencing the same declines.  Lodges and Grange halls are closing all over.  It saddens me that we as a society no longer see the value in these unique communities.

I want to encourage you to consider joining a lodge as a family.  Look around you and see what opportunities may be available to you. If you are interested in getting involved in a fraternal organization yourself, there are many organizations to choose from.  I have listed a few below.  I encourage you to take some time to explore those of interest to you.  Read their missions statements.  Talk with members in your community.   Discuss the options available with your family.  Perhaps you will find a group that feels like home to you as well.

Sons of Norway
Kiwanis
Elks
Sons of Italy
Knights of Columbus
Odd Fellows / Rebekahs
American Legion
Lions Clubs
Grange
Moose Lodge
Vasa Order of America
Alternatively, if you are a member of one of these groups, I would love to hear about it.  How long have you been involved?   How did you first discover the group?  If you know of a group that I neglected to mention – please leave a comment.   Perhaps your family volunteers in other ways.  Please consider sharing your thoughts and experiences.

4 comments on “Have We Lost Our Cultural Identity and Sense of Community?”