While visiting family in southern Oregon recently, I’d opted to go for a run around Empire Lakes (a favorite trail in town). As I rounded a corner, I was startled by a doe in the middle of the trail. I came to a stop in hopes I might be able to take her photo but she moved back into the undergrowth before I had a chance to pull my phone out of the arm sleeve. I thereafter decided it might be best to keep my phone in hand … perhaps I would encounter a sibling further along the trail.

As I continued on my run, it soon became apparent to me that the naturalist within me was in conflict with the runner within me. I kept stopping to take pictures of the fungi I observed on the side of the trail. I don’t recall seeing such diversity of fungi in the past and was spellbound. 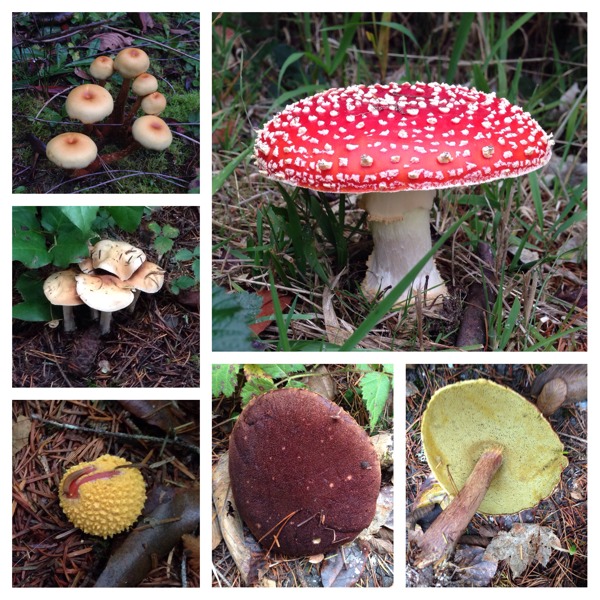 My daughter is fascinated with fungi and I was disappointed that she wasn’t with me. Though not quite the same, I consoled myself with knowing we could do a nature study lesson with the photographs alone. Had I had a way of carrying a few specimens home – I would have. But a las, the runner in me reminded me that I had a job to do, a goal in mind.

I was surprised to see many of the specimens had been kicked over. Many others were in various states of decay. I would have loved to come back with the kids and our microscope to make more careful observations. 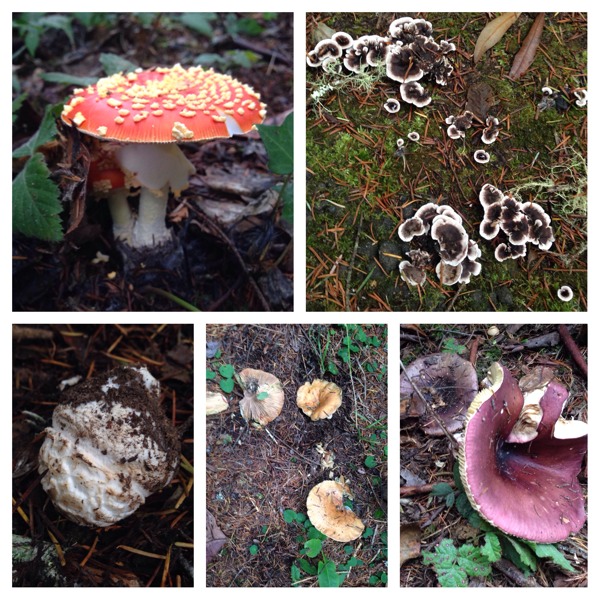 Coincidentally, I’d also read in the local paper that there was a fungus festival in Eugene. I have never yet attended one – the opportunity always seems to escape me. Someday. I even have it on our bucket list and I keep a list of possibilities as I learn of them. Here are a few in the western states:

I’m sure there are more. If you know of one in your local area, leave a link in the comments below. Also consider linking to posts of your own fungi experiences. 🙂