STEM Club is now underway and I am delighted to share with you the activities that we will be taking part this coming year. The first cycle is Geology and thus we begin with a discussion of Earth’s interior and surface topography. 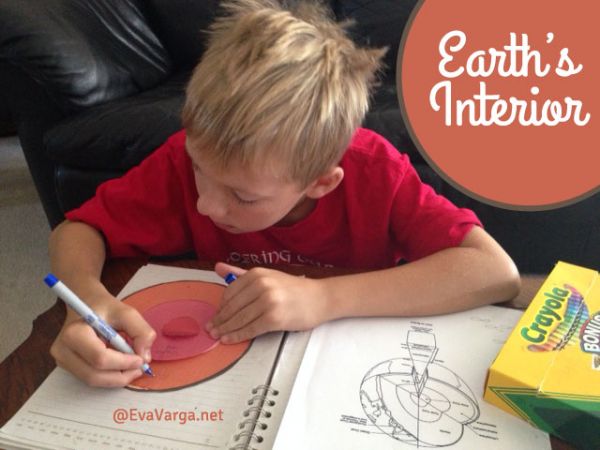 I opened the lesson with the following poem by Robert Frost, encouraging those that who were interested to memorize the poem as a part of their homework (optional).

Some say the world will end in fire,
Some say in ice.
From what I’ve tasted of desire
I hold with those who favor fire.
But if it had to perish twice,
I think I know enough of hate
To say that for destruction ice
Is also great
And would suffice.
I handed out a foldable activity, Earth’s Layers Foldable, with which the students took notes as I began a discussion about what they knew of the structure of the Earth’s interior. As the students shared what they knew, I would expand upon their statements and encouraged them to write the facts on the flap for each layer of their foldable.

Mantle:  The mantle is the largest layer of the Earth and is located directly above the outer core.  The mantle is roughly 2900 km thick and contains about 80% of the volume of the Earth.  The mantle made of melted rock composed mostly of the elements silicon, oxygen, iron, and magnesium.  The density of the mantle increases with depth, as do temperature and pressure.

I then distributed a Earth’s Core coloring page for their notebooks (optional). 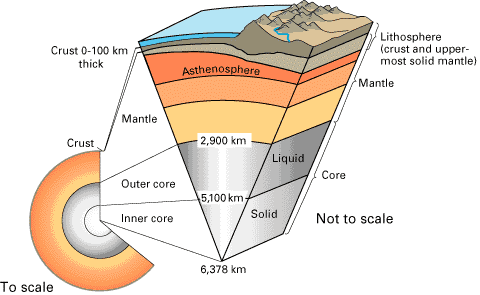 We then talked about making a model of Earth’s layers.  As many of the students are middle schoolers, I wanted to walk through the process of designing their model to scale.  Using measurements from the background information provided above and the worksheet Modeling Earth’s Layers, I began to lead the kids through the math.

In teaching this lesson, I quickly discovered the majority of the students were not ready for this skill. I thereby had to switch gears and assign the calculations as homework (optional).

Students were asked to create a model of Earth’s layers with play dough (required). A recipe is provided in the the worksheet Modeling Earth’s Layers.

We had a little extra time (as I had expected) so to wrap up the lesson, we played a game of Geography Terms Bingo (created by my friends at Education Possible).  I had emailed this link to the kids prior to class and they had reviewed the terms in preparation for playing the game together in class. This worked very well.