My girlfriend has a small farm and every year, they have new baby goats and lambs.  This year, due to a few unforeseen circumstances (not unheard of in the world of animal husbandry), she has had to bottle feed two baby goats and a lamb.  This past week, we were fortunate to be in Central Oregon (an unexpected trip … and a long story) and we were able to stop by for an impromptu visit. 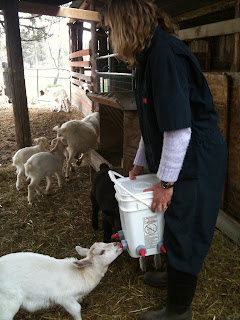 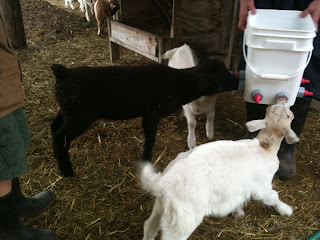 The little ones were eager to nurse – due to our unexpected arrival, “mom” was a little late getting out to feed them.  Once their bellies were full, they were as curious about us as we were about them.  They kept jumping up onto us and bleating for attention.  It was obvious that the three of them were bottle babies.  So sweet. 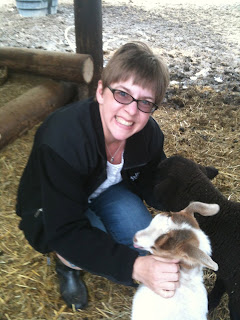 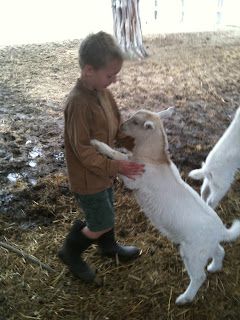 We pet them for a good time and then left them to frolic with their cousins as we moved on.  We checked the chickens for eggs and observed the horses and cows across the pasture.  We have walked out during past visits, bringing fresh apples and treats for the horses, but we were short on time. 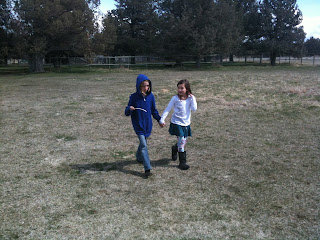 When we got home, I read aloud pages 266-270 from the Handbook of Nature Study.  We discussed our observations and made references to other times we have seen sheep or goats – both domestic and in the wild (we saw both in the Rockies – from a distance – in Banff & Jasper National Parks in Canada).   We then listened to the audio version online of the Burgess Book of Animals (chap 38).

To top off our study, we enjoyed a few slices of gjetøst (Norwegian for goat cheese), sometimes referred to as brunøst (Norwegian for whey cheese).  It is made by boiling a mixture of milk, cream, and whey carefully for several hours so that the water evaporates.  The heat turns the milk sugar into caramel which gives the cheese its characteristic  taste.  It is ready for consumption as soon as it is packed in suitable sized blocks.  It is then sliced very thin with a cheese slicer and served frequently with Scandinavian sour cream waffles.