Another two weeks have nearly passed us by and I am pleased to say we have been keeping up with the challenge of writing letters to friends.  In fact our leader, Old Bull, has even been keeping up.  I think our success so far is partly due to the fact that I am only expecting one letter each.
In week #3 the kids selected a friend in another country.  Sweetie was overjoyed to receive a reply from her friend (the postage stamp from her letter is shown below) .. who is coincidentally also doing the 52 WOM challenge.  I think this will be a great incentive to them both. 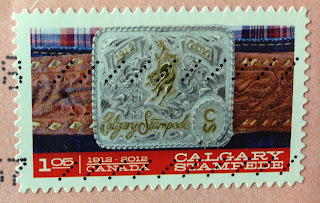 My kiddos have written to other friends back home – and have yet to receive replies.  It is so frustrating that people today have lost the conviction to write.  We hope with our continued efforts to reach out in this way, others will follow suit in time.

In week #4 the kids had written to Jan Brett.  They were excited to receive a response from her last week in which she encouraged them to ask their teachers to write her as well so she could send them each classroom pack.  They hadn’t mentioned that they homeschool.  I guess I know who I’ll be writing to this week!  Delightfully, we also received a couple of postcards recently from the United Arab Emirates.

Last week, Sweetie wrote to Papa Jens while Buddy and I wrote a letter to family in Norway . This week, Sweetie wrote her new pen pal a letter in response while Buddy wrote to the cast of Myth Busters, his favorite television show.  This challenge has turned out to be a great opportunity to learn not only about writing and communication but also about geography, careers, and the postage system. Love it!